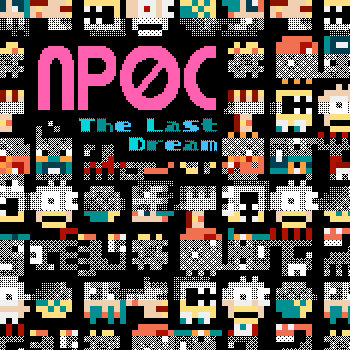 Steve Lakawicz holds an MM in Music Performance from Temple University as well as a BM in Tuba Performance from Rutgers University . His teachers include Paul Scott, Scott Mendoker, and Jay Krush. His love of video game music has lead him to form a blog, Classical Gaming, to promote discussion both casual and academic about the music of video games. He is the co-founder of the video game/nerd music chamber ensemble, Beta Test Music and regularly composes/performs chiptune music as Ap0c. He currently resides in Philadelphia where he teaches college statistics at Temple University. END_OF_DOCUMENT_TOKEN_TO_BE_REPLACED
This entry was posted on Tuesday, December 10th, 2013 at 3:02 pm and tagged with 2a03, Ap0c, chiptune, electronic music, Famicom, original, Philadelphia, progressive rock, The Last Dream, VRC6 and posted in Originals. You can follow any responses to this entry through the RSS 2.0 feed.
« Lesser-known Video Game Soundtracks: Castlevania Legends (GB)
Composers: H. Kingsley Thurber »